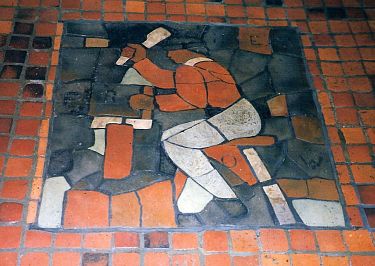 Man Using Frow
A frow, or froe, was also sometimes called a shake axe. It was an L-shaped tool used to split wood
along its grain.  It was more accurate to use than a hatchet when making shingles. It could be hammered with
a mallet, or, as shown in this mosaic, with a froe club. See the image "Splitting Shingles"
on the People at Work 5 page. 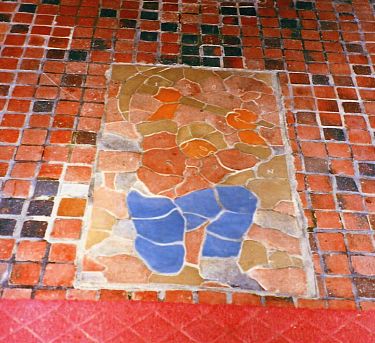 Iron Miner
This man digs iron out of a vein of iron ore in the ground, using a pick axe 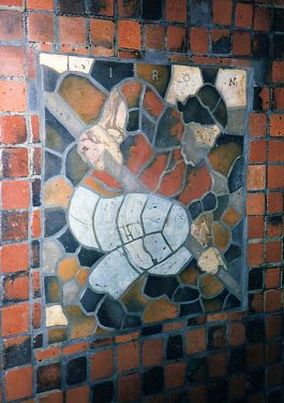 Iron Miner
Sometimes a vein of iron ore was visible on the surface of the land. Then the iron miner could pry the iron from the ground using a crowbar. 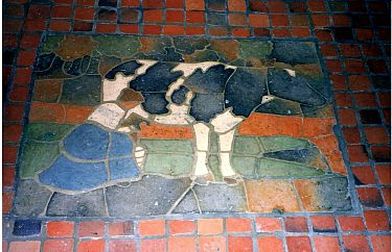 Milking the Cow
A woman milks her cow, a job to be done every day. 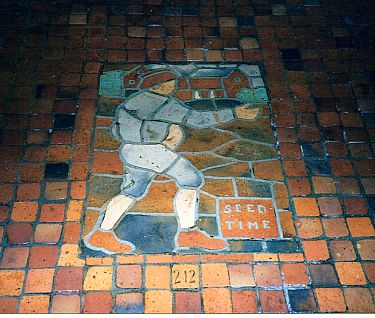 Planting Seed
After a man had plowed and harrowed his field, he would put an open bag over his left shoulder, and take grain from it with his right hand. He would scatter the grain evenly as he walked across his field. 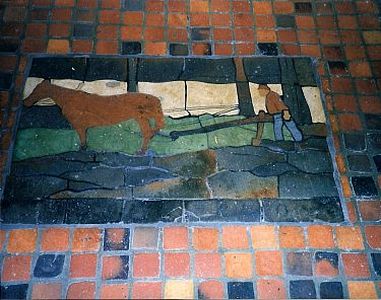 Plowing with the Shovel Plow
The shovel plow was vertical and shovel-shaped. It would not get caught under roots and stumps
the way a horizontal plow would. 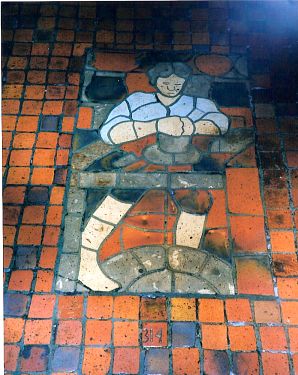 Potter at the Wheel
A potter sits at a potting wheel. On the tabletop is a disk of wood which he can cause to spin around by
pushing on a wooden horizontal fly wheel. As the wheel spins, the potter uses his hands to
form a lump of clay into a beautiful bowl.