Heckewaelder Preaching
John Heckewaelder was a Moravian missionary who preached to the Native Americans. Here he is seen preaching from a tree stump. 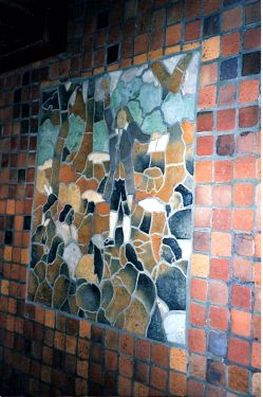 Heckewaelder Preaching to the Indians
A second picture of John Heckewaelder, Moravian missionary. 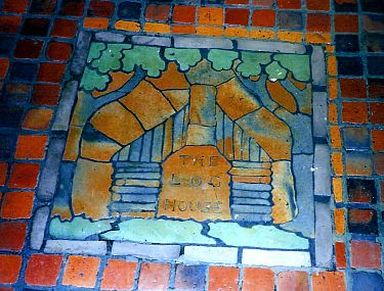 The Log House
The early settlers built houses of heavy logs. The logs were notched at each end so that they fit together closely. Doors and windows were cut out with a saw. The house was caulked with clay and grass, and the chimney was smeared with clay.

River of Fire
Canadian Jesuit priests watch as the Indians set fire to the scum on the surface of Oil Creek. This scum was actually petrolium . 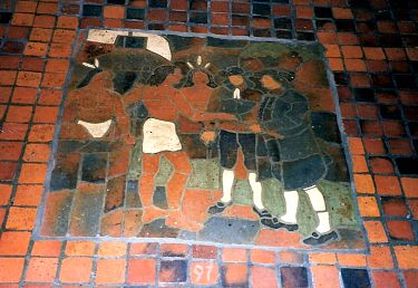 Penn's Treaty
Although William Penn owned the land according to British law, he made sure to purchase the land from the
Native people who lived there. He made several treaties of peace and friendship.