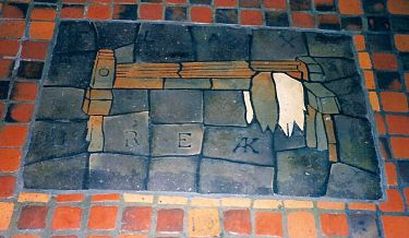 Flax Brake
Flax is a plant with a woody stem. Within the stem are fibers that are straight and
stronger than cotton. To remove the fibers from the stem, the flax stalks were soaked, then dried.
When they were dry, they were put in bunches into the flax break between the upper and lower arms.
Each arm had a row of knives attached to the heavy wooden frame .Bringing the arm down repeatedly onto
the flax stalks broke the woody stem into small pieces. This chaff could be removed, leaving
the silky, light colored fibers. The flax was then spun into thread.
See "Spinning Flax" in the section "People at work 5." 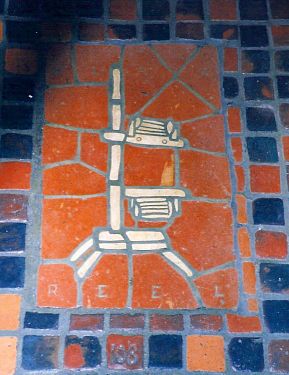 Flax Reel
After the flax fibers were spun into thread on a spindle, they were wound
off of the spindle onto this flax reel, which had four pegged arms. 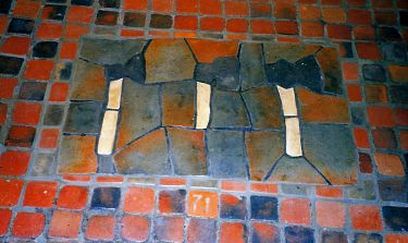 Carpenter's Hatchet
Early carpenters used a hand axe and a claw hammer. In time, one tool was made which
had a blade and a nail-pull. This was the carpenter's hatchet. 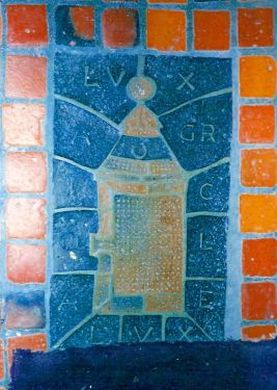 Tin Lantern
This lantern was made of a cylinder of tin with a cone-shaped top. Holes were punched
in the tin sides to allow the light to shine through. When carrying this lantern outdoors, it
was common to shelter it from the wind under your coat, so it would not be blown out.
A lantern like this was used in the Eastern United States until about 1840. 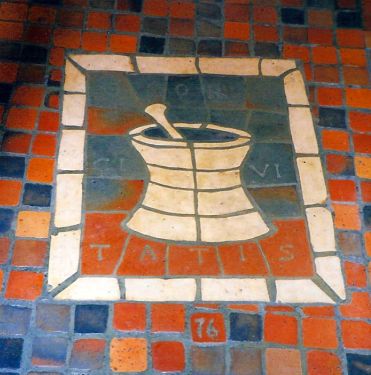 Mortar and Pestle
An apothecary, or early pharmacist, would put medicinal ingredients in a mortar made of
marble, and pound them to powder with a pestle made of stone, wood,
or porcelain. The image of the mortar and pestle became a symbol of
medicine, and was hung over pharmacy doors. The words "GLORIA CIVITATIS"
on the tile mean "Glory of the State." They are meant to express Pennsylvania's
distinction in the field of medicine. 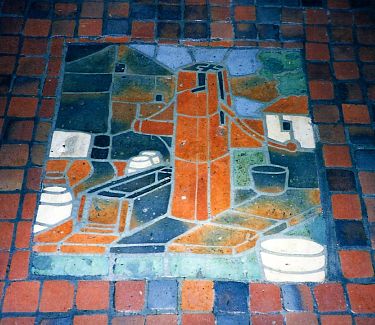 House Pump
This pump was hand made of white oak. It had a hole bored up its center. It had
a spout and a wrought iron handle. This kind of device took over from the well
sweep, and was used until about 1870, when factory-made pumps became available.
To see a picture of a well sweep, see "People at Work 5"