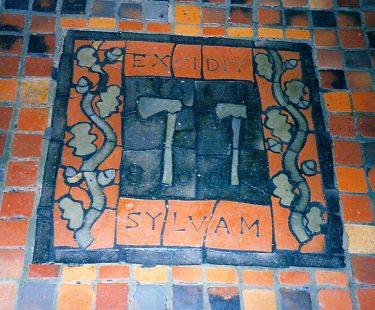 The Axe and its Ancestor
On the left is the traditional European axe with its long blade and short poll [the wedge part.]
The axe on the right is the "pitching" axe used for felling trees. This axe was developed in
America. It had a shorter blade and a  wider poll. 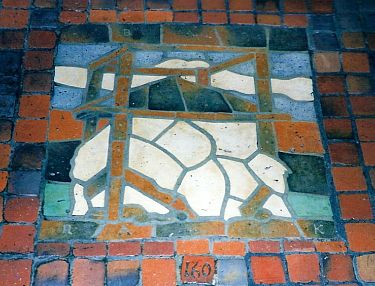 Barrack
A barrack was a roof set on four posts, that could be raised and lowered by setting metal pegs.
It was used to cover a haystack. It was used in Pennsylvania, but not in New England. 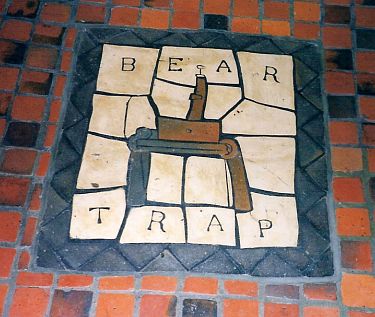 Bear Trap
This large trap had toothed jaws. It was made by the blacksmith. 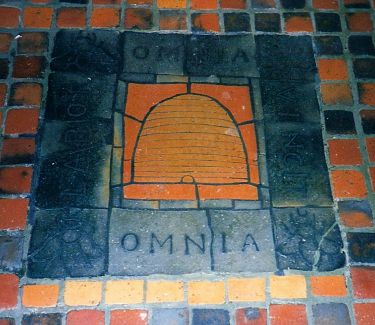 Beehive
Pennsylvania colonists brought honeybees with them from Europe. The hive was a small, dome-shaped
basket made of spiral rye straw strands. It stood about 18 inches tall. The basket was bound with string,
and wooden skewers were stuck through it to make a place for the bees to attach their honeycombs.
The Latin words on the tile "LABOR VINCIT OMNIA" mean "hard work can overcome anything."
[literally: "work conquers all."] 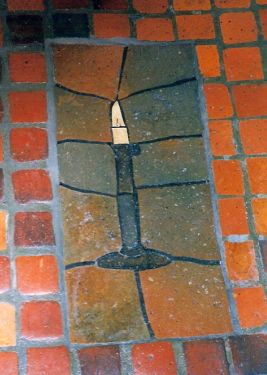 Candlestick
The candlestick was made from a tube of sheet iron, set on a circular base.
In the tube was a socket which held the candle. The socket could be moved
up or down. 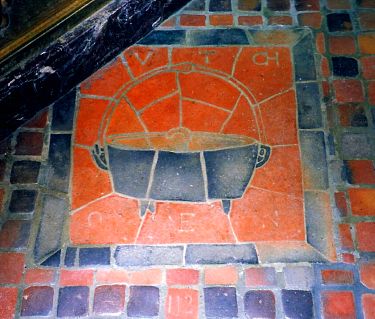 Dutch Oven
The dutch oven was a cast iron pot with a lid and a handle. It was about 20 inches in diameter
and 9 inches high. The woman would make bread dough and set it in the dutch oven. She would bury
the oven in the hot coals of her fire so the bread would bake. When the bread was baked,
she would use the handle to take the dutch oven out of the fire.

All images courtesy of Mrs. Maureen Book
Powered by