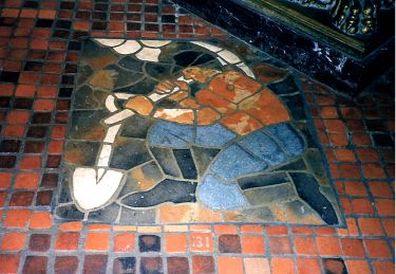 Coal Miner
The coal miner used a pick axe and a shovel for tools. He wore a hat with a lamp on it. He dug either for hard [anthracite] or soft [bituminous] coal. 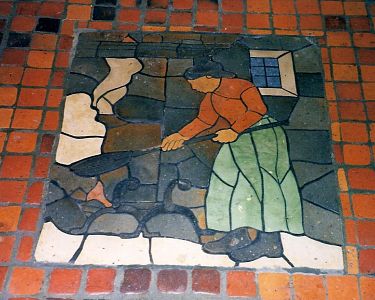 Open Fire Frying
This woman is shown frying food such as ham, mush, scrapple, or pancakes. Her pan is made of
wrought iron and has a long handle so that it can reach the hot embers of the wood fire. 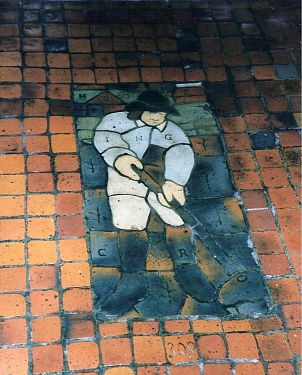 Hoeing Corn
The farmer needed to hoe his field of corn by hand, because he had beans and pumpkins planted among the cornstalks. Pennsylvania farmers were taught this method of planting the "Three Sisters" by the Iroquois. 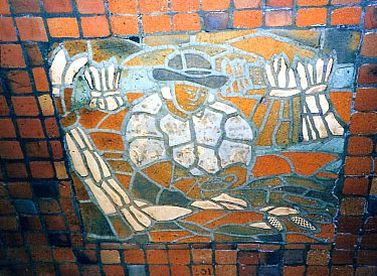 Husking Corn
The farmer had to husk each ear of corn by hand. He strapped a peg made of wood or iron to his hand, so that it projected between his thumb and first finger. With this peg he could rip off the corn husk. 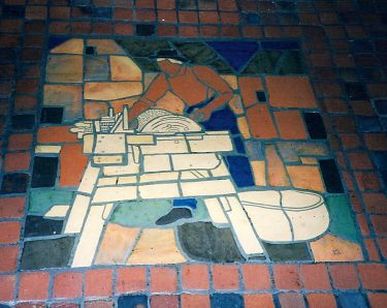 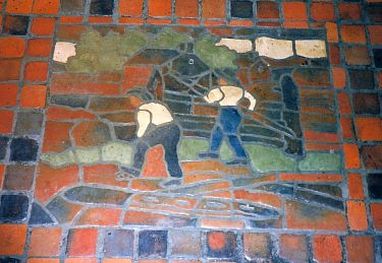 Making the Farm Fence
The men shown here are putting sharpened rails into the holes in posts that they have driven
into the ground. Fences could be three rails or four rails high.