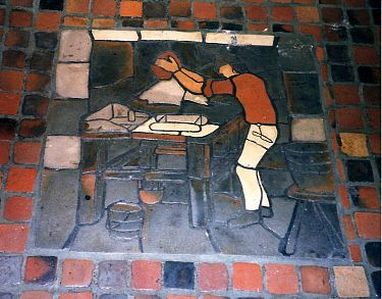 Making Bricks
Clay was pressed into a brick-shaped mold with no top or bottom. The resulting brick was dumped onto the floor to dry, and the mold was re-used. The mold was made of wood or iron. 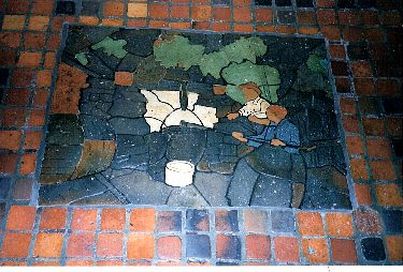 Cooking Apple Butter
Apples were cut up and boiled in cider in a large outdoors kettle. After hours of stirring, the apples had
caramelized into a sweet brown preserve. 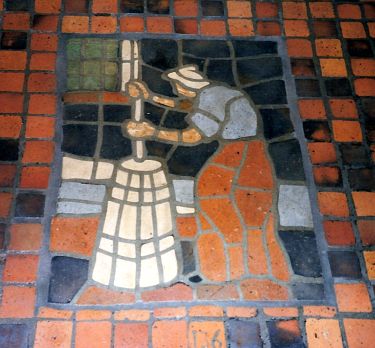 Churning Butter
The churn dash was moved up and down inside the barrel-shaped churn, turning the cream inside into butter. 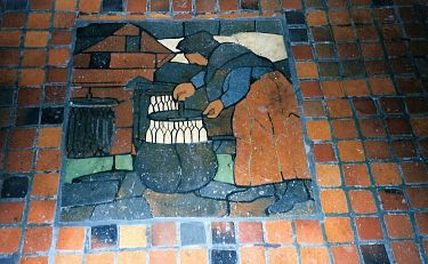 Woman Dipping Candles
To make candles, long wicks were hung from wooden disks. Tallow was melted over boiling water in a large pot which hung over
an outdoor wood fire. The wicks were dipped into the melted tallow, then allowed to dry. This process was repeated
until thecandles were as thick as the maker wanted. 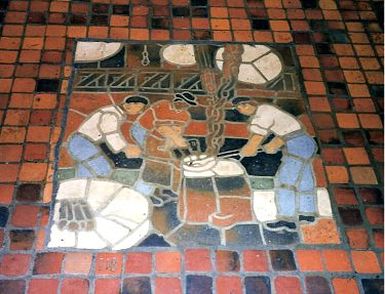 Forging a Chain
Strips of iron were heated, then bent and sealed into a link on a chain by a strong man with a hammer.
Borax was used as flux. 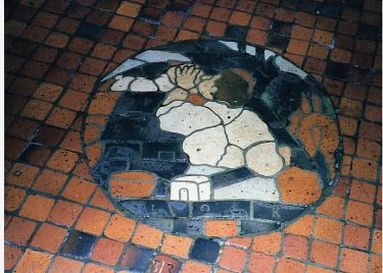 Blowing the Conch Horn
Canal boatmen would blow on a conch shell, making a loud sound, to let the lock keeper
know that a mule-drawn boat was approching. 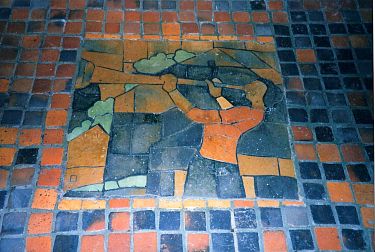 Blowing the Dinner Horn
The dinner horn was about five feet long, and made of tin. It had a straight mouthpiece, and sound was made with the
vibration of the lips. The horn replaced the earlier conch shell for calling people in from the fields. Used until about 1840.