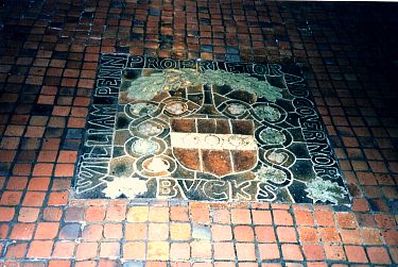 Penn's Seal of Bucks County
A shield with three balls was the insignia of William Penn's family. The shield is under a tree and surrounded by grapevines.
The text reads: "William Penn Proprietor and Governor Bucks." 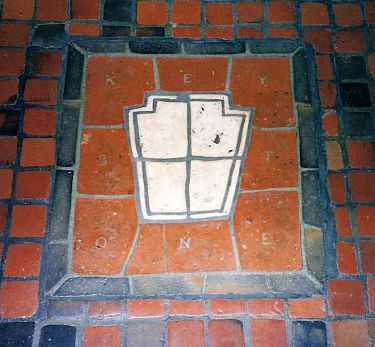 Keystone
Pennsylvania is called the Keystone State. A keystone is the center stone of an arched stone bridge. It holds all the other stones in place. Pennsylvania was the colony which cast the keystone vote for independence. It is also located in the center of the 13 colonies,
in the keystone position. 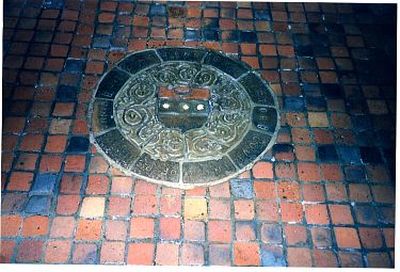 Penn's Seal of Pennsylvania
The center of this seal contains Penn's family insignia, a shield with three balls. Surrounding the shield are scrolls containing the words "Mercy" and "Justice." Around the edge of the seal are the words "William Penn Proprietor and Governor of Pennsylvania." 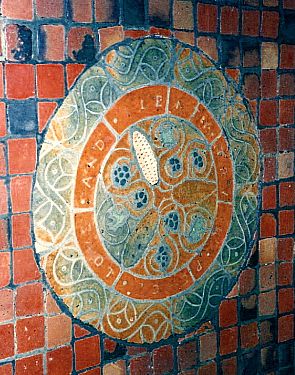 Penn's Seal of Pennsylvania
This seal shows three ears of Indian corn between bunches of grapes. The words TRUTH, PEACE, LOVE, AND PLENTY are written
around the edge. The outer rim is a circle of flowers. 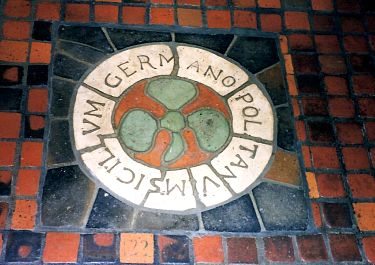 Seal of Germantown
The words "Sigillum Germano Politanum" mean "Seal of the German Commonwealth."
The seal contains a three-leafed clover. 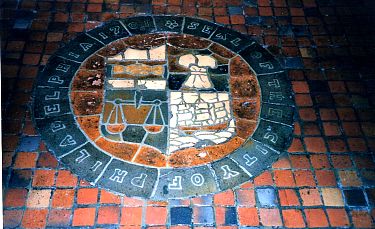 Seal of Philadelphia
A shield is divided into quarters. On the four quarters are clasped human hands. a sheaf of wheat, a set of scales,
and a sailing ship. Around the edge of the seal are the words "Seal of the City of Philadelphia 1701.