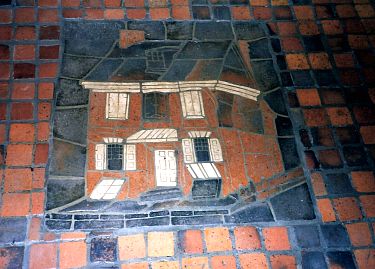 Letitia House
This house was built in 1715 on land originally owned by William Penn's daughter Letitia. In 1883 it was moved to Fairmount Park where it stands today. 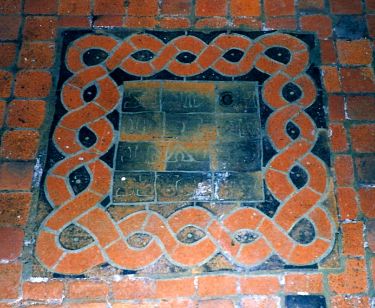 Fall of the Primeval Forest
This mosaic reads: "ARBORES CADUNT EMERGNT HOMINES" [The third word is missing a letter. It should say "Emergent."] It means "Trees fall, men rise." Henry Mercer is commenting on the great change that came when men started to cut down the forest. 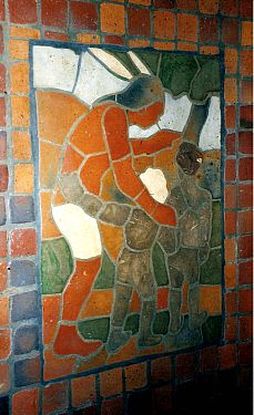 Children Rescued by Indians
In the early eigteenth century, two children from the Chapman family were lost in the woods near Wrightstown. They were found by Indians, and returned to their family. 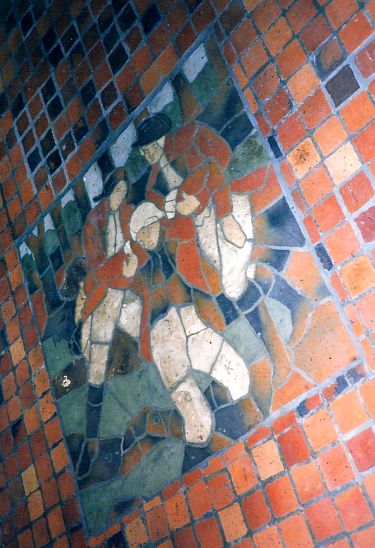 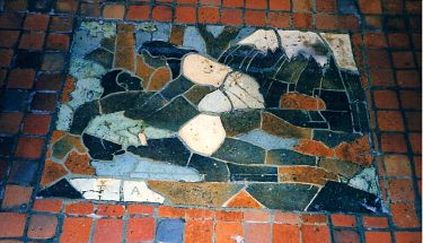 The Death of Tammany
This picture shows Chief Tamanend, of the Lenni Lenape Indians, dying by the banks of the Neshaminy Creek. Select this link for a biography of Chief Tamanend.