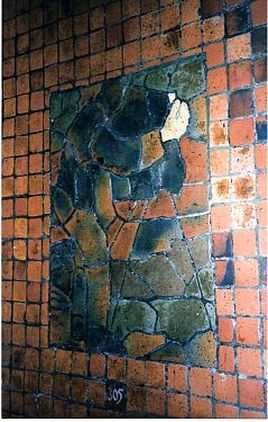 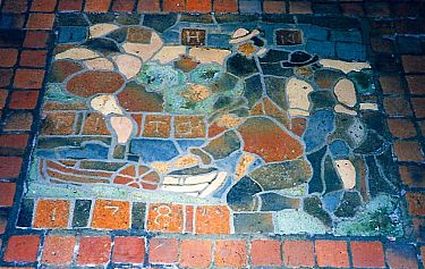 John Fitch's Steamboat
This mosaic shows John Fitch experimenting with a model steamboat on a pond near Hartsville in Bucks County in 1785. 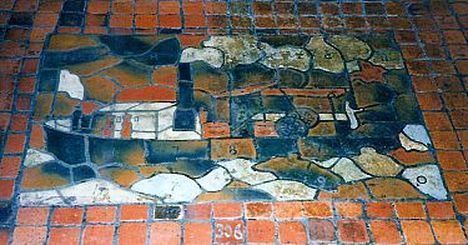 Fitch's Steamboat
This mosaic shows John Fitch's oared steam passenger boat traveling on the Delaware River between Philadelphia and Bristol in 1790. This was 17 years before John Fulton's steamboat the Clermont sailed on the Hudson River. 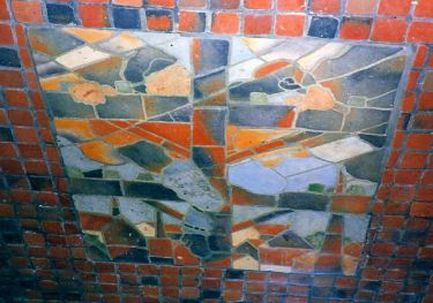 Telegraph
The man in this mosaic has climbed up a telegraph pole, using "creepers" [steel prongs] strapped to his feet and legs.
He has climbed up to repair a wire that had broken in a storm. 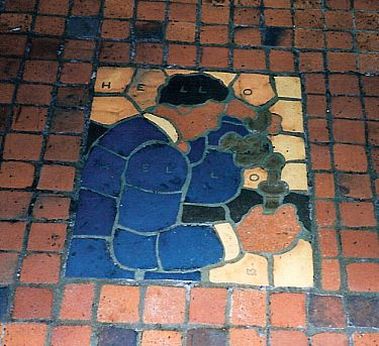 Telephone
Invented by Alexander Graham Bell, the telephone allowed for communication across long distances.
Early telephones had the mouthpiece attached to the main telephone, and a separate earpiece attached by a wire. 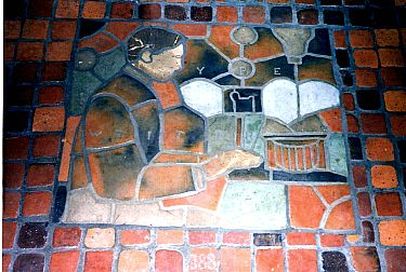 Typewriter
Use of the typewriter allowed a person to create a legible document quickly. One of the inventors
of the typewriter, Christopher Latham Sholes, was born in Danboro, Pennsylvania.