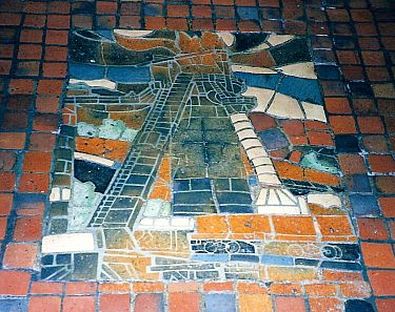 Blast Furnace
In the blast furnace, iron ore was melted and mixed with coke and limestone. This was called smelting. 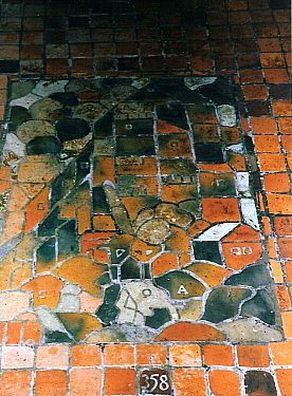 Coal Breaker
Inside this tall wooden building coal was crushed, then run through sieves to sort it by size. Coal could be bought in "egg," "stove," "chestnut," "pea," "rice," and "buckwheat" sizes. The coal was dumped into train cars for delivery. 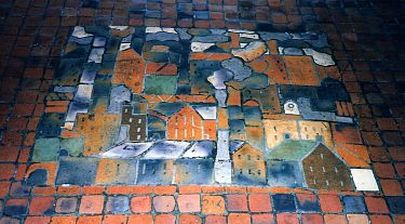 Factories
Factories became a part of the modern city. 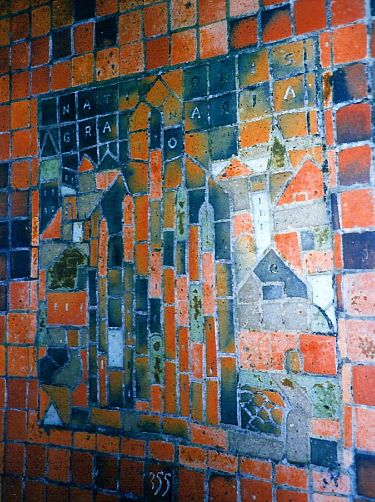 Grain Elevator
Grain was lifted into the storage bins of the tall grain elevator in boxes on running straps . It is removed by
tubes to freight cars or the holds of ships. The words NATIONIS GRANARIA written on the tile mean "Granary of the Nation."