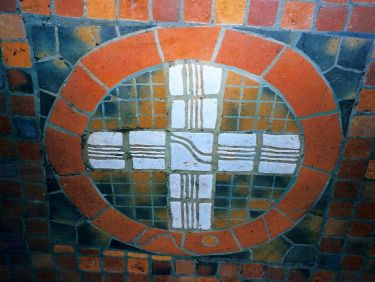 Indian Brooch Inscribed with a Cross Symbol
This design is copied from an ancient shell brooch. 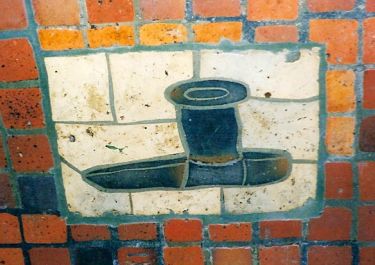 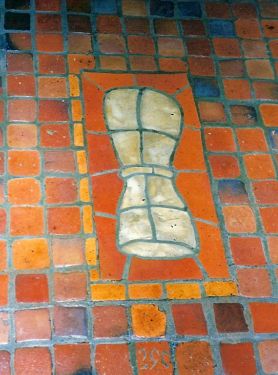 Indian Tubular Tobacco Pipe
This was the earliest form of tobacco pipe. Made from a 6-8 inch stone, the hole cut through the center was made with a bow drill, using a hollow reed. Sand and water were used to help the drilling process. The sides were shaped and polished 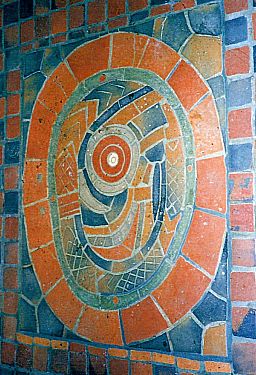 Rattlesnake as Pictured by Indians
This mosaic is based on a design found in an Indian mound, scratched on a breast plate made of shell. The rattlesnake is coiled up with its open mouth in the center and its rattle at the outside. 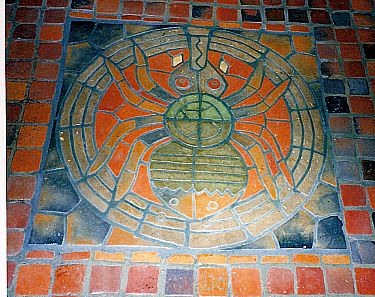 Indian Drawing of the Spider
This mosaic is copied from a pattern carved on a concave shell. 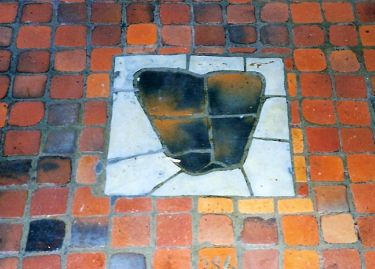 Ceremonial stone
Many of these stones were found in the sites of villages. They are 3-4 inches long, and carefully carved. No one knows how they were used. 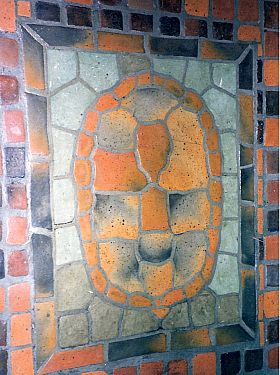 Turtle Carapace
The turtle was a symbol of wisdom in Native American culture.

Treaty Wampum Belt
This is a representation of the wampum belt given to William Penn by the Lenni Lenape as part of the treaty made between them. The picture shows an Indian shaking hands with a European wearing a hat.